4 Things You Don’t Need For Your Next AI Project


This year, many developers will launch their first major AI project. If you’re in this camp and building a recommender, a natural language processing app, a computer vision system, or another applied AI project, you’ve no doubt thought about how and where to prototype and train your models.

Before starting, here are four cautions to be aware of. Understanding these issues can help you get to a production-ready model sooner.

Few people have the time to build a GPU system from scratch. If you’re a data scientist or a developer, you can’t afford to moonlight as a systems integrator, software engineer, and IT support.

Your management team likely wanted a production-ready model yesterday, so building a training system only puts you further behind, no matter how much “fun” it might appear to be.

Thankfully, choices abound that are simple to plug in and power up, providing instant access to the hardware and software needed to get results sooner.

Underpowered resources that red-line too soon

It’s fairly easy to get access to GPUs these days, from cloud to data center supercomputers. Many developers new to AI fall into the trap of choosing the route with the lowest upfront costs — whether that’s accessing some GPU instances on-demand or adding them to an existing server.

Most eventually realize that their training runs get progressively longer as their models get increasingly complex. Distributing the models across multiple GPUs then becomes an architectural bottleneck.

This is where NVLink-based architectures and optimized AI software that takes full advantage of the high-speed GPU-to-GPU connections become critical to achieving model convergence faster.

Some organizations have seemingly limitless resources, including a scaled-out data center outfitted with racks of supercomputers and high-performance storage. You may not be that lucky, dreaming of how great it would be to have a supercomputing cluster all to yourself.

But what if you could have an AI data center sitting under your desk, supporting your entire team of developers, using standard power plugs? Believe it or not, your next project can easily be tamed on a data center that rolls on wheels.

Out of control cloud expenses

The cloud is great and lowers the barrier to entry for developers everywhere, but many teams eventually realize that their costs are escalating out of control.

For many developers, fear of budget overrun starts to eclipse their desire to experiment freely. At this inflection point, a fixed monthly cost can help restore the freedom to get to the best model sooner.

So what’s the best way to avoid the landmines that might put your next AI project at risk? AI teams at BMW Group Production, Lockheed Martin, and NTT Docomo have avoided these pitfalls by building their application on an NVIDIA DGX Station. This “AI data center in-a-box” helps developers by:

Offering a turnkey, plug-and-play form factor that comes with pre-optimized, pre-integrated hardware and software. It can install anywhere there’s a standard wall outlet.

Delivering 2.5 petaflops of AI computing power. It can train the most complex AI models in a fraction of the time and be used simultaneously by an entire team of data scientists.

Eliminating the need to wait on data center resources from your IT team, especially if such resources don’t exist to begin with. Now you have a data center that rolls on carpet!

Regaining control of OpEx by offering a predictable fixed monthly cost. Your team can experiment freely without fears of overrunning the budget and deliver more accurate models, sooner.

To remove burdens that can hold your initiative back and give your team’s project a kickstart, you can now rent DGX Station A100. Start experimenting on it, create production-ready models, and return it when you’re done!

Do you work in AI, data science, healthcare, manufacturing, or similar fields and are interested in learning more about a DGX Station A100 rental? Contact us today to find out more about our latest addition to our rental inventory, and why Nvidia chose us as their official North American supplier. 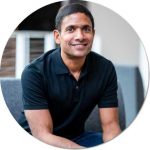 Tony Paikeday is Senior Director of Artificial Intelligence Systems at NVIDIA. With over 25 years of experience in product management and marketing, business process, and manufacturing engineering, Tony helps organizations infuse the power of AI to solve their most important business transformation opportunities. Tony holds an engineering degree from the University of Toronto.

Subscribe to our blog today to stay up-to-date with Rentacomputer.com and follow us on social media. Join the discussion by commenting below.